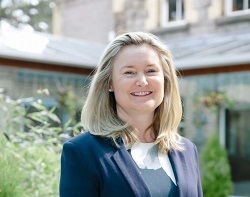 Identity and ideology in literature for children and young adults, representation of the past in children’s fiction, mythology and fantasy fiction, discourses of home and homeland in children’s fiction, Irish children’s literature history, picturebook interpretation and critical thinking. Ciara is co-editor of What do we tell the children? Critical essays on children’s literature (Cambridge Scholars, 2012). She has recently been involved in research on the National Collection of Children’s Books (NCCB) and is currently chair of the judging panel for the Children’s Books Ireland Book of the Year Awards.

(2014). Recovery of origins: identity and ideology in the work of O.R. Melling. In M.T Keyes & A. McGillicuddy (Eds.) Politics and ideology in children’s literature (p.83-94). Dublin: Four Courts Press

Ed. with Patricia Kennon. (2012). What do we tell the children?Critical essays on children’s literature. Newcastle upon Tyne: Cambridge Scholars Publishing.

(2009). Reinterpreting the past: Inclusiveness in Siobhán Parkinson’s ‘Amelia’ novels. The Journal of Children’s Literature Studies. 6 (3): 60-70.

(2005). Cynical or compassionate? The young adult novels of Robert Cormier.  The Journal of Children’s Literature Studies 1(2): 23-32.

(2019, June). Inclusions and Exclusions: Debunking Myths of Home and Homelessness in the Fiction of Siobhán Parkinson. Paper presented at the Galway Conference of Irish Studies (GCIS), “What is it to dwell?”: Home(s) in Irish Studies.  National University of Ireland, Galway.

Ciara lectures in English literature on the Bachelor in Education and Professional Masters in Education programmes and is coordinator of the MIE Writer in Residence Programme. Ciara’s background is in primary school teaching. After completing her B.Ed in St. Patrick’s College, Drumcondra, she specialized in the teaching of literacy and in educational disadvantage in New York State University College at Oneonta, where she conducted research on the writing process of kindergarteners for her MS. Ed degree. Part of her course involved work placements in a diagnostic and remedial clinic, a head-start preschool centre and a detention centre for young offenders. After a number of years teaching in Mary Help of Christians G.N.S., Ciara went on to study children’s literature in St. Patrick’s College, Drumcondra, where she was awarded a research scholarship to conduct a postcolonial analysis of Irish children’s literature as part of her MA in Humanities. She completed her PhD in the School of English, Drama and Film in University College Dublin. Her doctoral research was on discourses of home and homeland in Irish children’s fiction from 1990 to 2012. She has published numerous articles and book chapters on children’s literature   and co-edited a collection of critical essays by leading international scholars in the field. She was involved in research on the NCCB project (National Collection of Children’s Books) and her study documenting changes in editions of T. Crofton Croker’s Fairy Legends and Traditions of the South of Ireland since 1825 was published in an essay collection that was recently awarded an international award for excellence in research (IRSCL award 2019).

Ciara is a founder member and former President of The Irish Society for the Study of Children’s Literature (ISSCL) and served for many years on its executive committee and on the executive committee of IBBY Ireland (the Irish branch of the International Board on Books for Young People). She is a member of CBI (Children’s Books Ireland) and Poetry Ireland. She has served on the judging panel for the Children’s Books Ireland Book of the Year Awards, was chair of the awards in 2015 and is the current chair. Ciara has reviewed for Inis: The Children’s Books Ireland Magazine, The Irish Literary Supplement, Bookfest, Cross-Currents: A guide to multicultural books for young people, and Bookbird; A Journal of International Children’s Literature.